You are all right-money talks.

Numbers have a funny way of controling the things we love and masking our sense of reality when it comes to decisions.  are boring while Money is exhilarating.

Our greed can lead to deception and our “want for more” keeps us continualy chasing….

Against all odds and the conference’s voices, Texas was able to outsource everyone with a 20- year deal network contract. 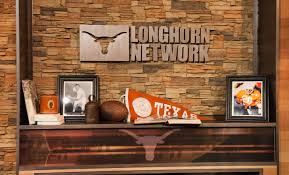 The first five years into this experiment have been said to be “detrimental” to the Big 12 Conference– As a unit, and monetarily. One would think it would make sense to have a Conference Network, but unfortunately, for co-owners ESPN, and IMG College the pursuit has led to carelessness.

The real money maker is television. The Big 12 Conference may  have earned $253 million in total revenue this last year yet they still can not compete with the Big 10 or the SEC.

The SEC may be more successful overall, but The Longhorns are making twice as much each year with their network- more than any one program within the SEC Network. ESPN still has 15 years left with Texas’ contract paying a minimum annual royalty that increases over the length of the contract averaging around $12 million a year.

Why would Texas ever combine the Longhorn Network with a Big 12 Network where it would have to share grandness?

The network’s existence… creates an impossible situation for ESPN’s college football producers and reporters (plenty of whom care about reporting). For every story ESPN does on Texas and its opponents, they’ll be skeptics wondering what the motivation was for the story. –Sports Illustrated writer Richard Deitsch

Texas has not had a winning season with partnering up with ESPN. While we haze on Notre Dame with their long time deal with NBC, Texas is still making more.

The Mack Brown era has yet to be re-matched even while bringing in the “Hottest Coaches”; Charlie Strong, and now Tom Herman.  These two coaches were able to turn around programs, make remarkable differences around the campus and have two consecutive winning seasons- setting the tone for their next successor.

The biggest business story in American sports this fall isn’t the declining NFL ratings or anything that’s happening on the field, court, or ice, it’s the collapse in ESPN subscribers, which reflect a larger trend in the collapse of cable subscribers in general.-  Outkick The Coverage- Clay Travis

The University of Houston, BYU, Cincy and others were said to be a contender for the Big 12 Conference expansion, but what happened? Nothing. The Conference would not expand, and the UT Texas President stated “10 teams is the right amount”. Do not underestimate what happened here. You think it may have all to do with recruiting alignment, but in reality ESPN and Fox knew how to intimidate the decision makers.

The only way the Big 12 can significantly grow revenue in the future is to add schools. ESPN (along with other networks) is quoted tobelieve new schools would not carry the high-profile like most Power Five entities. Let’s face it, that is what they are investing millions for.

As of now, there has been a reported loss of $48 million since The Longhorn Network launched.

Texas is raking in the dough even while their subscriber fees are low. Something has to give right? 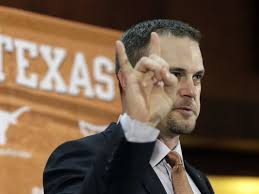 Whether it is having the “Tom Herman Brand” behind them, a newly renovated “Weak Baylor”, ESPN can not afford for Texas to not be great again.

In this day in age, has a successful program ever gotten there with social conscience?