My first two games of this season were set to be at NRG Stadium this week with BYU vs. LSU and the Texans vs. Cowboys…

As of now, I do not think either will happen and with that being said I want to spin things a little bit (because you know I love doing that) and focus on a bigger picture. OUR NATION AS A WHOLE. 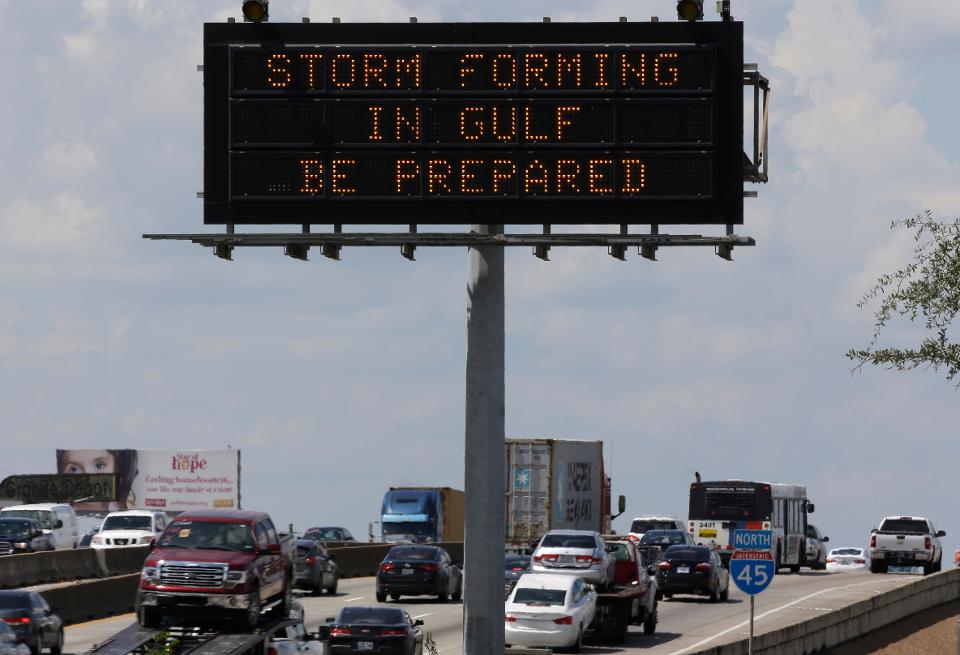 Who else is newer to the Greater Houston Area?

With myself being a “Newer Houstonian” and me spending hours upon hours doing a ton of research to make sure my family stays afloat, I have been seeing things that make my as well as fullfill:

As we all sit in this devastation and watch trillions of water come to surface and I see the compassion and love people show, it makes me ponder why we can’t show this same love and kindness DAILY for each other. Why does it seem to take this much loss to rally for our neighbor? Do you not think life would be better if we served each other daily like we do in tragedy and dispair?

On that note, a huge shout out to Cort McMurray on this amazing insight that I just had to share with everyone:

1. The streets and many of the public parks here are designed to flood. We sit just 35 feet above sea level, and most of the city is as flat as a pool table. We average about 50 inches of rain a year. The streets and parks serve as temporary retention ponds, accommodating slow, steady drainage through our bayous.

2. We average about 50 inches of rain a year, but in the last 48 hours, many areas of greater Houston received 25 to 30 inches of rain. That’s six to nine month’s worth of rain, in two days. The drainage system, which works well in normal conditions, was overwhelmed. Officials are calling this an “800 year flood”: that means there was a one in 800 chance of its occurrence. Even with advance notice, there was little means of preparing for this.

3. It is impossible to evacuate a city the size of Houston. Harris County is 1700+ square miles, with a population of 6.5 million people. How do you evacuate 6.5 million people? During the hours leading to Hurricane Rita’s landfall, tens of thousands of Houstonians attempted evacuation. The traffic jams lasted for days. One hundred people died. So far, six Houstonians have died in Hurricane Harvey, all of them (as far as I have heard) drowned in their automobiles. For more than a decade, the local mantra has been “shelter in place and hunker down.” That’s hard, but it’s the right approach.

4. Some outsiders are treating this disaster with schadenfreude: Texans helped elect an anti-big government president, and now we’re going to need big government help. Houston is the bluest spot in Texas, and voted Clinton in 2016. Suggesting this is karmic payback for backing Trump is as inaccurate (and offensive) as Pat Robertson’s suggestion that Hurricane Katrina was God smiting sinners. We really aren’t thinking Red or Blue right now. We are taking a royal beating, all of us. Disasters don’t care about ideology.

5. You are going to feel this. Gas prices are going to skyrocket. Oil refined phttps://www.instagram.com/p/BYUY2sDg47b/roducts, everything from PVC pipe to dry cleaning fluid, will rise in price. The stock market will take a hit. New Orleans is a fantastic city, but it’s not a major economic force. Houston is the center of the nation’s energy industry. It’s home to dozens of Fortune 500 companies. And 85% of it is under water. It may be this way for weeks. The aftermath of Katrina captured the world’s attention. The aftermath of Harvey is going to grab you by the lapels, and shake you ’til you’re cross eyed.

Prayers and Thoughts To Texas, Our Government, Our Responders, To Friends, To Family, To The Homeless (Persons and Animals), and To Our Nation.